‍The Star Atlas is a multiplayer gaming metaverse with a space theme based on the Solana blockchain.
Check out Star Atlas nowLeave or read reviews now

Star Atlas is a game of cosmic commerce and civilization building that was built on the Solana blockchain. It is set in the future. Players can mine resources, purchase gear, and engage in combat in a variety of deep-space gameplay situations by buying and selling in-game assets using the ATLAS token. Additionally, the POLIS token serves as the Star Atlas game's governance token and gives players control over both in-game actions and adjustments to the game's rules. 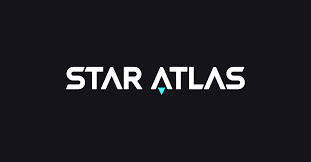 What is Star Atlas?

Founded in January 2021 by Michael Wagner, Star Atlas is a multiplayer gaming metaverse with a space theme based on the Solana blockchain. According to its white paper, the platform was created by Automata and enable’s users to "team up, organize, and fight their way into uncharted territory." Star Atlas launched its first token generation event in August 2021 and includes in-game assets that incorporate the idea of non-fungible tokens (NFTs), allowing players to fully control and profit from their one-of-a-kind assets. In particular, each item in Star Atlas is an NFT that has been added to the blockchain. The two game-controlling tokens in Star Atlas are POLIS and ATLAS. Data from CoinGecko shows that the governance token POLIS has a market worth of $14 million and the payment token ATLAS has a market cap of $18 million.

To begin the game, players purchase ships from the internal market, which are NFT-based spacecraft used to explore deep space. The capacity to battle opposing groups and locate resources strewn around the Star Atlas metaverse depends on a player's ability to use these spaceships with various details, personnel, and components.

Star Atlas is a play-to-earn metaverse game set in the year 2620, and there are three distinct factions: MUD, Ustur, and ONI, according to game lore. Humanity's MUD Territory is renowned for its firepower, sentient androids' Ustur Sector is famous for its hull toughness, and an alliance of alien races' ONI Region is famous for its diplomacy.

In Star Atlas, players take part in the continuous conflict between space exploration, territorial conquest, and political dominance by choosing one of the three factions, which is an irreversible choice for that specific era. The sole module that may be played is the Star Atlas team's mini-game, "SCORE - Tier 0," released as gameplay in modules.

By using their spaceships to support the side of their group in the fight, participants in SCORE can stake their assets and gain ATLAS. After enrolling, players are expected to keep their spaceships productive by stocking them with enough food, fuel, weapons, and toolkits to maintain a fully operational fleet.

The marketplace in Star Atlas allows players to buy and sell virtual goods like minerals and spacecraft. You can pay using USDC to exchange in-game goods, but ATLAS is the predominant currency within the NFT marketplace.

The Star Atlas community on Discord has more than 172,000 members where someone at almost any time of the day is willing to chat, while its Twitter account has more than 300,000 followers.

Is
Star Atlas
available in the US?

How many cryptocurrencies does
Star Atlas
support?

How many collections does
Star Atlas
support?

‍The Star Atlas is a multiplayer gaming metaverse with a space theme based on the Solana blockchain.

The Sandbox is a decentralized blockchain gaming platform where players can create digital assets that can be traded with other players.