Kraken's exchange is one of the oldest Bitcoin exchanges. it has grown over th eyears and now supports more than 120 different currencies. Kraken has competitive exchange fees and supports both spot trading at current market rates and crypto futures. 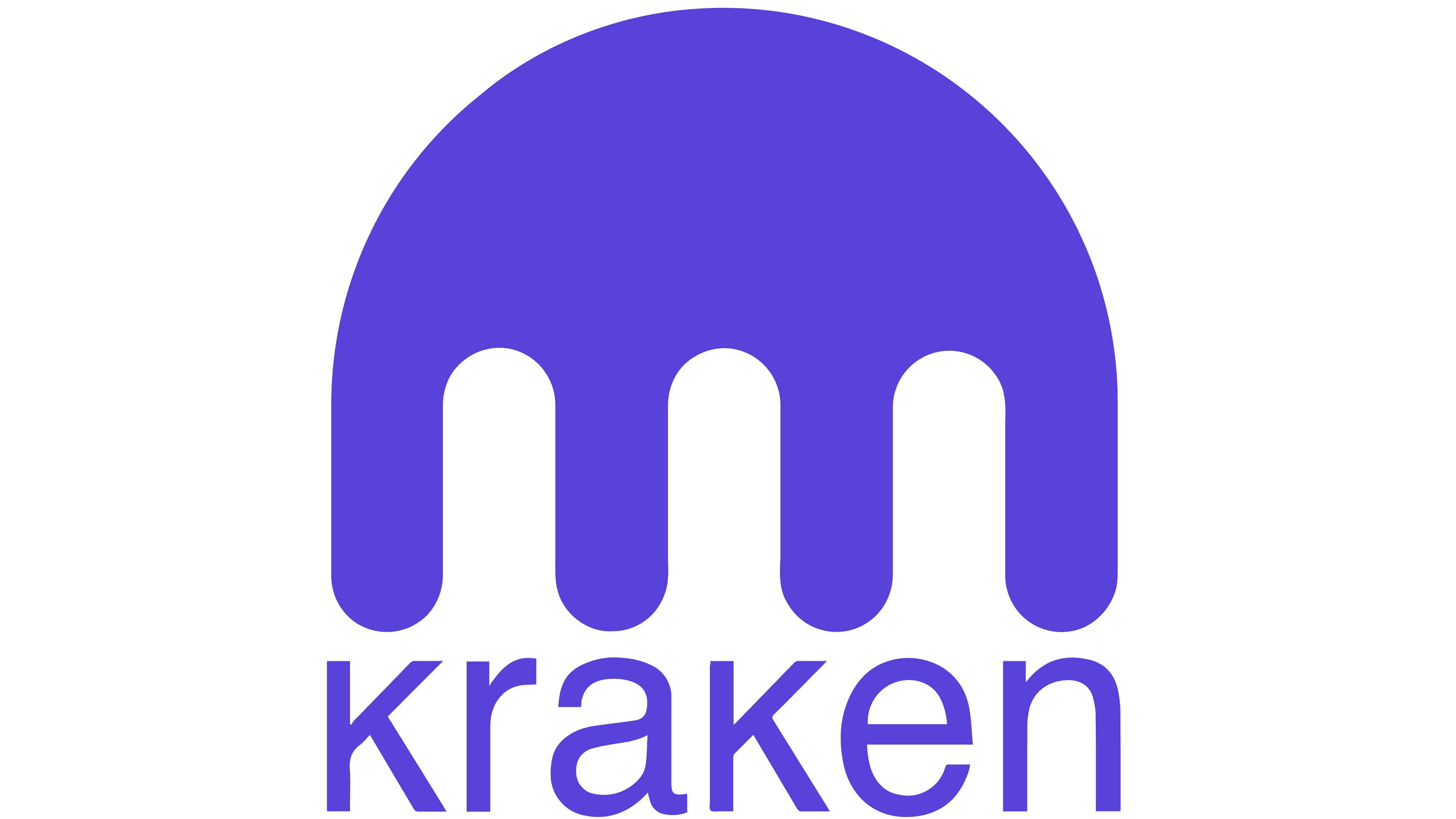 What is Kraken Exchange?

Many crypto veterans might have had a Kraken account at some point. This is because Kraken happens to be one of the oldest crypto exchanges around. The US-based exchange is known for its low fees, advanced trading tools, and a decent selection of cryptocurrencies.

As it is one of the earliest exchanges with reputable history, it has millions of users. In 2021, according to a Bloomberg report, Kraken had over 6 million users. As of today, the exchange serves customers in over 200 countries and regions.

Apart from trading, Kraken offers several useful products like futures, margin trading, OTC, staking, and much more. Users can access all these features on Kraken’s website or the corresponding app.

For beginners, Kraken’s ‘Learn’ tab is loaded with articles and guides on how to get started with crypto trading. For more insights, users can watch Kraken Webinars where industry leaders share their expertise.

Fun Fact: At the time of Kraken’s founding in 2011, Bitcoin was only two years old.

Kraken exchange was founded in 2011, but it was opened to users in 2013. The company has headquarters in San Francisco, California, and operates globally. Jesse Powell, the founder and current CEO of Kraken, is considered one of the crypto veterans.

Update: In April 2022, Kraken shut down its HQ in San Francisco and has no plans as of yet to establish a formal HQ. The exchange is one of the pioneers of the “remote-first” workplace.

Over the years, Kraken has managed to gain quite some recognition. For instance, in 2014, the exchange had the highest volume for Bitcoin trading in Euro. The same year, Cointelegraph ranked Kraken the best performing crypto exchange.

The exchange is present almost all over the world. At the time of writing, Kraken offers its services in more than 200 countries and regions. However, the exchange doesn’t operate in Congo, Afghanistan, Libya, Iran, Iraq, North Korea, Syria, Tajikistan, and Cuba. In the US, Kraken is available in all the states except New York and Washington.

So far, Kraken has managed to steer clear of any major trouble. The exchange has never been hacked and takes pride in its immaculate security. However, in September 2021, Kraken paid a fine of $1.25 million to Commodity Futures Trading Commission for offering margin trading services without registration.

In 2021, it was announced that Kraken might go public in 2022. At the time of writing, the exchange has taken no further steps in that direction. Further, Kraken’s NFT marketplace is also in the making and might be released soon.

How does Kraken Work?

Just like Binance and Coinbase, Kraken is a cryptocurrency exchange where registered users can buy, sell, or trade cryptocurrencies. Customers can buy Bitcoin, altcoins, ERC-20 tokens, stablecoins, and other digital assets from the platform.

After signing up on Kraken, users can:

How to use Kraken Exchange?

Using Kraken is easy, all you have to do is:

Customers can opt for tiered KYC, and the tiers look something like this:

Even though Kraken has high liquidity, strong security, and a decent selection of coins, it could use some improvements in the trade view. Here are the positives and negatives of Kraken compared for your reference.

Here’s why you should be signing up on Kraken:

As Kraken is one of the oldest exchanges on the internet, it has a wide customer base. Users who started crypto trading in the early days are likely to have had a Kraken account. The exchange has consistently upgraded itself and added new features. Our analysis ranks Kraken in the fifth spot in terms of performance.

So far, Kraken has never been hacked and has faced no security breaches. It proudly states that your assets are safeguarded with “industry-leading security”.

Unlike several other crypto exchanges, Kraken has very prompt customer support. To begin with, Kraken extends phone support so customers can talk directly to the agents. The live chat is immediately joined by the support agents and they are helpful. The live chat and phone help run 24/7 and provide efficient assistance. Users also have the option to send email tickets.

Compared to Binance, Kraken’s trade view feels a little complicated. The main panel gets half-hidden on smaller screens (for instance, a laptop). The order book, order form, and market depth chart are collapsible. But when they are all open, the screen feels cluttered.

As discussed earlier, Kraken supports around 170 coins, which includes all the major altcoins, stablecoins, and tokens. Here’s a partial rundown of all the coins available on Kraken:

The exchange frequently lists new tokens and de-lists poor-performing tokens. So it’s always better to scan the list of available cryptocurrencies before signing up.

As discussed earlier, Kraken has low fees. Compared to Coinbase, Kraken’s fees are certainly lower. For active traders, it is advisable to use Kraken Pro as it has lower fees than the primary platform.

Here’s what the trading fees look like on Kraken:

For margin trading, futures, and NFTs, the fees are mentioned in separate schedules. You can view the fee structures on Kraken’s official website here.

At the time of writing, Kraken accepts six fiat currencies which include USD, EUR, CAD, AUD, GBP, JPY, and CHF.

Users can deposit funds into their Kraken account via the following methods:

Kraken exchange offers various order types for spot trading. Alongside that, users can also access margin trading, OTC, and futures. Both beginners and pros will find trading solutions on Kraken.

Here are the main differences between Kraken and Kraken Pro highlighted:

The trade view of Kraken is not-easy on the eyes. Interestingly, the trade view at Kraken has always been a bit of a problem. After several complaints of crashing and freezing, the exchange decided to give the platform a much-needed overhaul.

In 2018, Kraken unveiled a new interface for trading. The whole UI received a makeover and was certainly an improvement over its predecessor.

As you can see, this is the simple “buy and sell” feature on Kraken. Beginners and casual traders can buy and sell digital assets with this order form.

Towards the left-half of the screen is the main panel that displays selected currencies. In the center, you have the market depth chart, and to its right, there’s the order book. After logging in, the order form appears on the right. All the panels are collapsible and can be customized.

Traders can place the following orders in the form:

Compared to its competitors, Kraken has a competitive staking program. Users can earn up to 23% annually on their cash and crypto holdings. You can simply start staking in a few clicks and the interest rewards get reflected in your account twice per week.

At the time of writing, Kraken offers on-chain and off-chain staking. Here’s a quick summary of the staking available on Kraken:

A quick summary of what on-chain and off-chain staking mean:

Other Products Offered by Kraken

The exchange offers many services that are helpful while dealing with crypto. Here’s a quick summary of some of those helpful products:

The exchange offers many more useful products. For the full list of products and features offered by Kraken, have a look at their official website.

Fun Fact: Jesse Powell, in a recent gm podcast, said that crypto exchanges will soon start offering a “super wallet” that would enable users to buy and trade anything from stocks to NFTs.

One of Kraken’s biggest pros is that it has never been hacked to date. The exchange had taken security seriously since day one. On its official website, Kraken states that it has assembled a “world-class” security team that takes a risk-based approach to security.

The exchange stores 95% of the assets offline in air-gapped cold storage. Further, cold storage systems are geographically scattered all around the world.

The Kraken platform servers are secured under 24/7 surveillance. The servers are guarded by armed guards and monitors. Access to this facility is strictly controlled.

The exchange runs regular penetration tests to see if the systems can sustain attacks. In addition to this, Kraken also runs a Bug Bounty program.

For extra security and the prevention of theft, users can take a few measures to safeguard their accounts. Here’s what Kraken offers for user account safety:

You can check out all the security measures that Kraken employs on its official website.

Kraken often gets compared to Coinbase, Binance, and Robinhood.

Here’s a quick comparison of all the platforms:

In our recent analysis of the best cryptocurrency exchanges, Kraken was a strong contender.

In terms of overall usage and market presence, they hold a solid fifth position across key metrics.

They cam up just lutside the top 10 in our analysis.

It appears that many crypto traders trust and use Kraken.

Is
Kraken
available in the US?

How many cryptocurrencies does
Kraken
support?

How many collections does
Kraken
support?

AscendEX (BitMax) is a crypto exchange established in 2018 in Singapore.

AuroraSwap is a crypto exchange established in 2021.

Balanced Network is a crypto exchange established in .