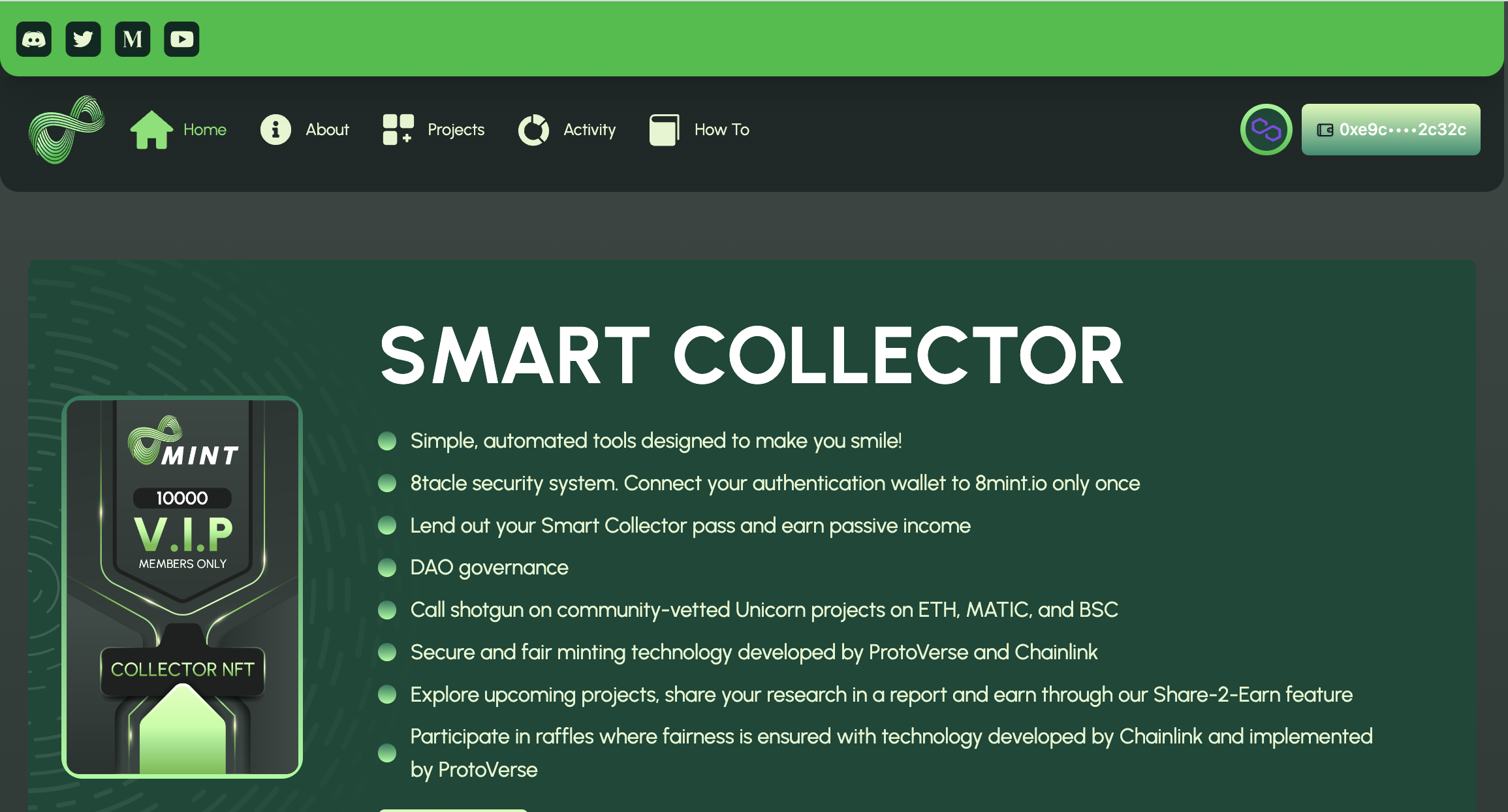 8Mint is an NFT minting platform and marketplace that allows users ot create and market their creations in an "automated environment".

Basically, users who hold one of the 8Mint NFT passes will get access to a number of no-code tools to help them automate a lot of the NFT creation and marketing process. 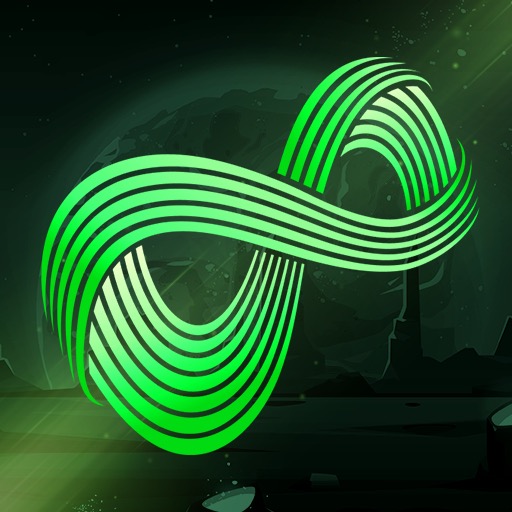 8Mint is an NFT creation and marketing platform that makes use of various no-code tools to help users automate a lot of the processes for effective NFT marketing.

To get access to the tools 8Mint is launching, you'll need one of their NFT passes. They come in two varieties...

One is obviously for creators, the other for collectors.

According to their site, there will only be 10,000 passes created with no more to be added in the future.

What problem does 8Mint solve?

The core of a good NFT project is the community behind it.

And if you speak to any NFT brand about how they've grown, a lot of the best results come from partnerships with other communities.

8Mint appears to be working to solve this.

With 8Mint, there are only 10,000 passes available. however, by getting one (either as a creator or collector), you'll get access to things liek cross-promotions with other holders.

It is, in effect, a community for those who are creating communities.

And it should help facilitate better marketing options.

How to get started with 8Mint

Whwn you head to the 8Mint site you'll see a page asking you to link your wallet.

Click on the Sync button and you'll have a choice of MetaMask or Wallet Connect.

Once linked, you'll see the options for collectors or creators. Click on the one that best describes you.

Click on the collector option and you'll be able to browse the various NFT collection on 8Mint.

Click on the creator option and you'll be able to follow the prompts for creating an NFT on the 8mint platform.

If you want to contact the 8Mint team you can do so through their website or through one of the below social channels. 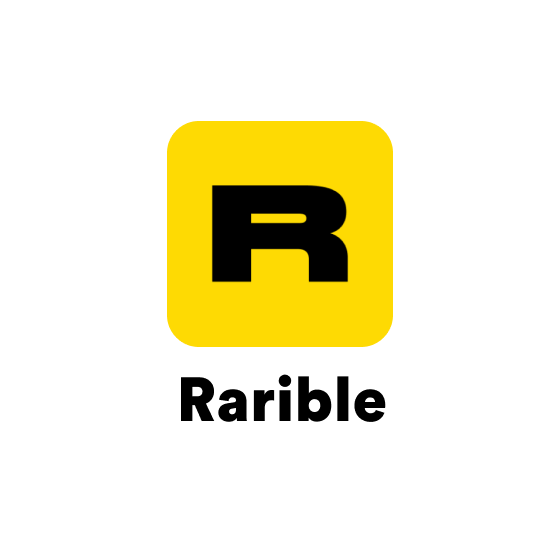 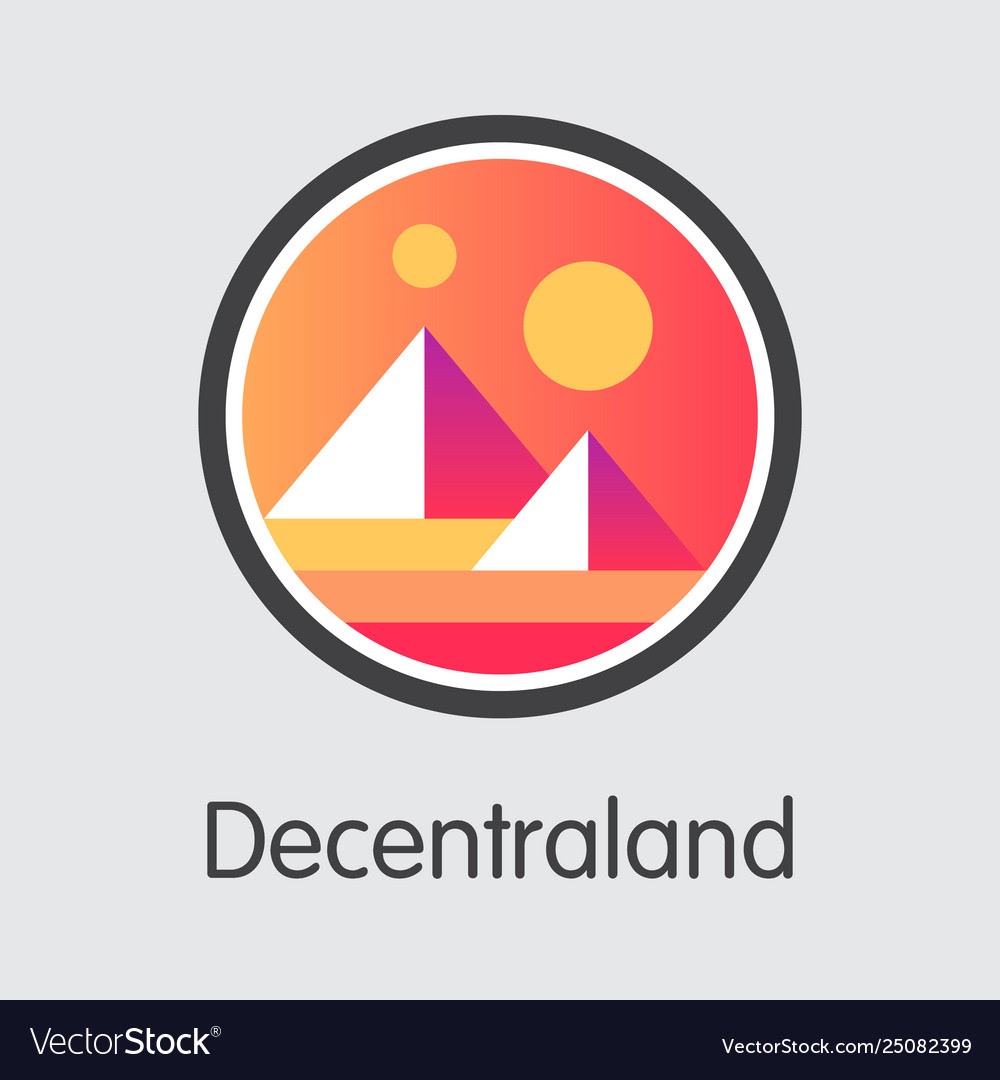 Nibbl is a fractionalization platform for community NFT ownership